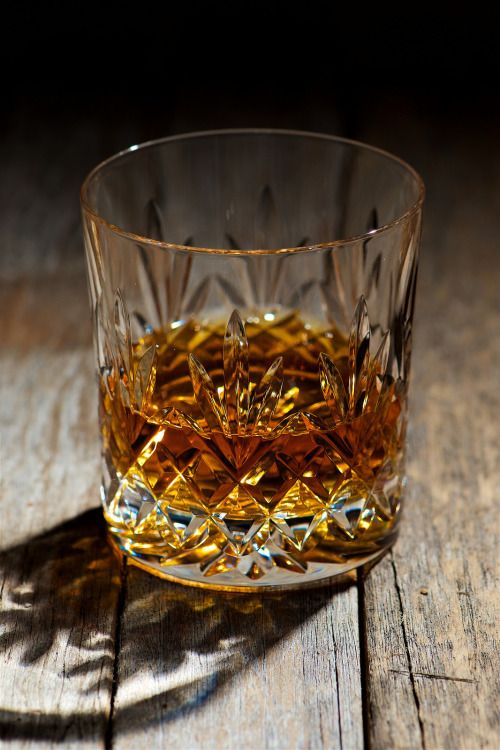 Whiskey from Canada differs from other types in its softness and lightness. An ordinary buyer ignores the country of origin, but this factor often affects the taste of alcohol. So, in this article, let’s learn more about the best Canadian Whiskey. See this below…

What is Canadian Whiskey?

Although Canada is not the most famous producer of solid Whiskey, the products produced here have long won the hearts of admirers and gourmets.

Some features of drink preparation differ from generally accepted technologies. Hence, users often distinguish varieties and brands of Canadian manufacturers against the background of similar products from other countries and companies.

From the very beginning, the production technology of Canadian Whiskey did not differ too much from Scotch and Irish production.

The traditional production of Whiskey is made from malted barley in copper stills. In the Canadian production of an alcoholic beverage, unique columns of continuous action are used. To manufacture elite brands and varieties of Whiskey, manufacturers use two- and three-column apparatus.

Today, Canada ranks third in whiskey production (17% of the world market). Its most distinctive feature is blending. Canadians don’t like the classic single malt and prefer the blend.

Read Next – 1792 Bourbon Review – The Heart of Bourbon Country in Kentucky!

How is Canadian Whisky Critiqued?

From the very beginning, the production technology of Canadian Whiskey did not differ too much from Scotch and Irish production. The traditional production of Whiskey is made from malted barley in copper stills.

According to Canadian law, Whiskey must be expelled from grains grown in the country and not brought here from other parts of the world. A quality drink must be aged for at least three years in special oak barrels, which may not necessarily be new.

According to the production technology, the volume of such containers should be no more than 680 liters.

Although the country’s legislation regulates the supply of raw materials, it does not control the production technology, which can be produced in standard copper stills and continuous columns.

Today, Canadian Whiskey is represented by some of the nation’s most famous whiskey producers, each of which has won the respect of fans for specific brands and brands of their products. 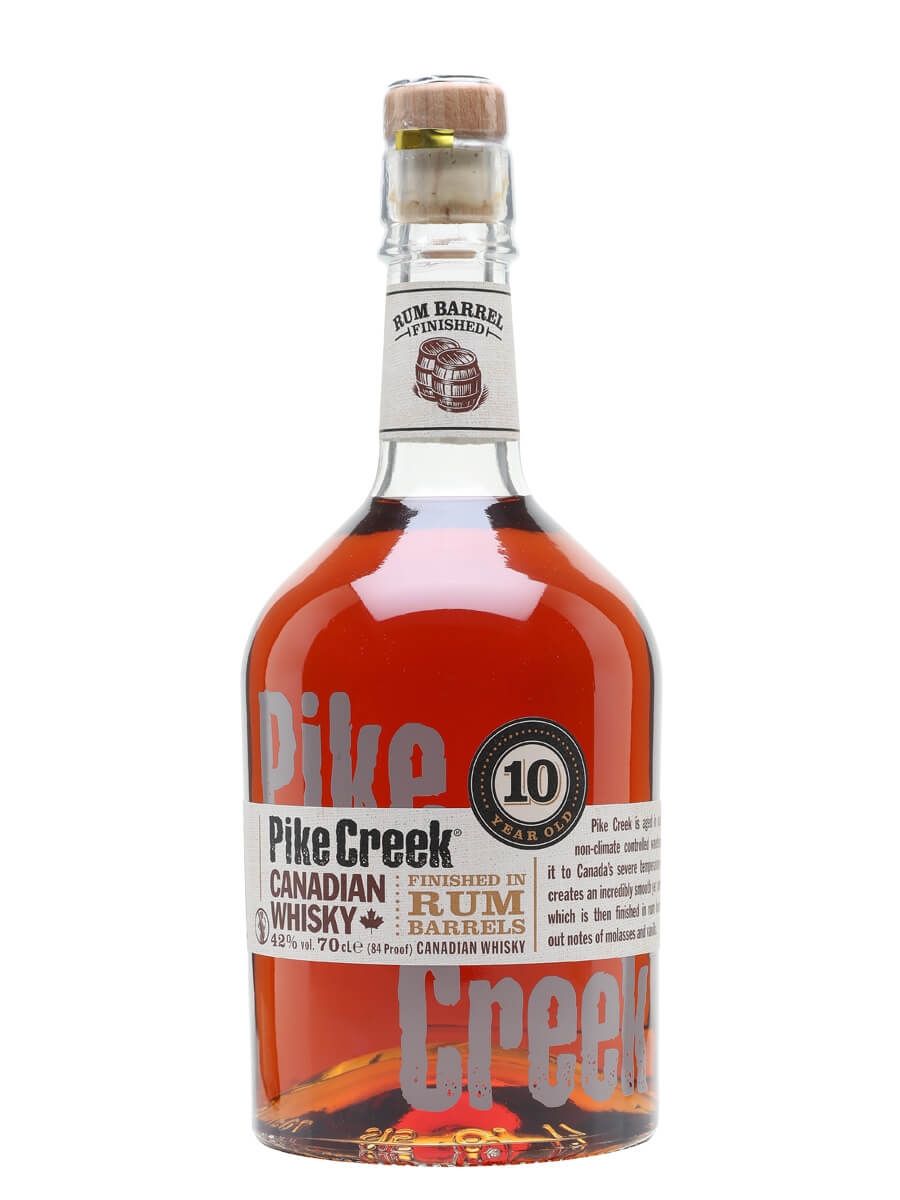 The Pike Creek distillery is considered by many to be one of the best Canadian whiskey producers on the market.

Pike Creek is a suburb of Windsor, Ontario, where the manufacturer’s warehouses are located.

This 10-year-old blend of rye and corn whiskey was aged in white oak barrels and finished in rum barrels, significantly influencing the Whiskey’s final taste.

The aroma contains raisins, nuts, and a small amount of spicy rye. The taste is fruity and spicy with notes of caramel and honey.

The aftertaste is not long, sweet, and slightly apple. 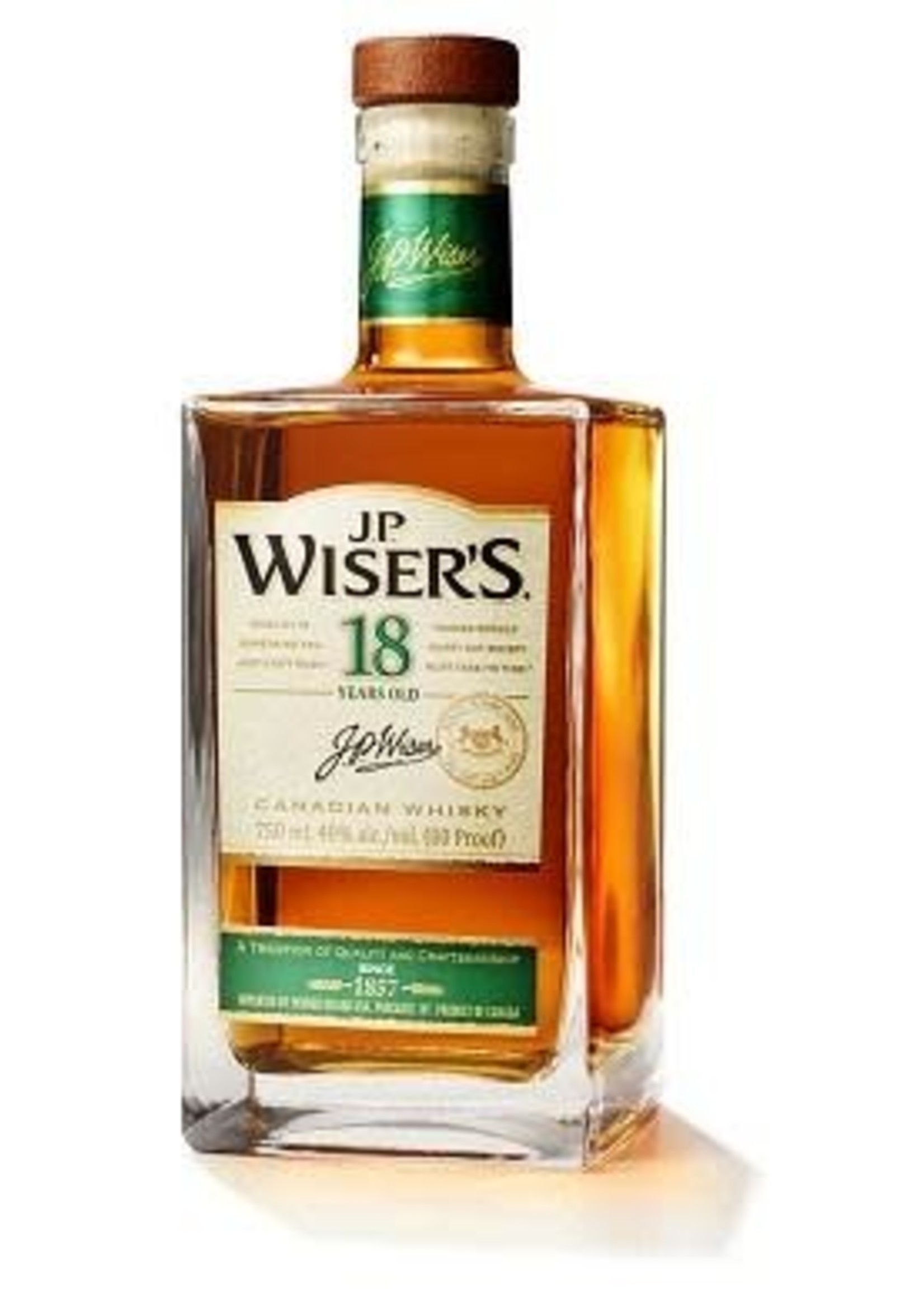 This is the oldest distillery, founded in 1857 before Canada became Canada. Its founder – J. Weiser, founded it in Prescott, Ontario. By the early 1900s, J.P. Wiser was selling Whiskey worldwide, becoming the third-largest producer in Canada. 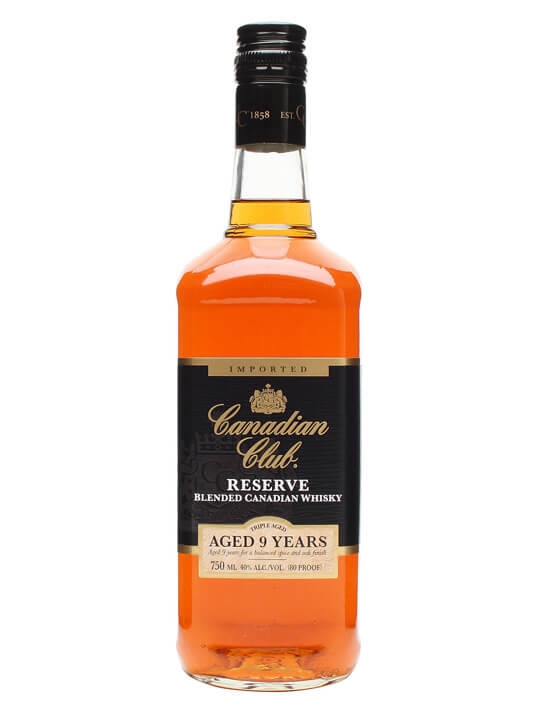 Canadian Club Reserve is a whiskey of exceptional character, the richness of taste, and aroma, created especially for those who appreciate rich oak tones in drinks. The primary blend of alcohol is corn, obtained by double distillation. The combination is aged in new charred oak barrels.

A whiskey with a higher rye content than other whiskeys in the company’s range. Aged 9 years in white oak barrels.

Whiskey has a deep honey color. The aroma is complex, dominated by creamy toffee and rye toast notes.

The taste is rich and multifaceted, with hints of spices, ripe oak with soft nutmeg, and cloves—long, dry, warm aftertaste with the constant presence of caramel and vanilla. 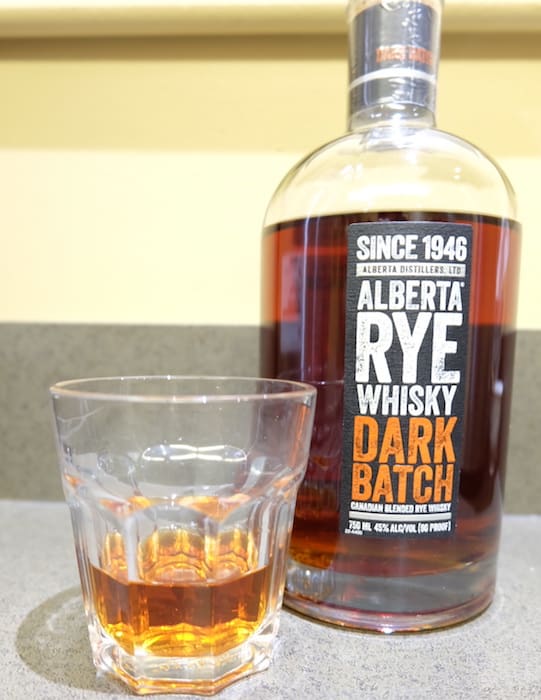 One of the most popular Canadian alcohol brands worldwide. Alberta Rye Dark Batch is made from selected rye and corn, aged in two stages, but the recipe is kept secret. This brand produces a hot, rich golden color with a delicate fruit and oak shavings aroma.

The taste is filled with tones of honey, citrus, and sherbet.

This premium blended Whiskey is aged in white American oak barrels for at least eight years, after which it is filtered through carbon filters and bottling.

Whiskey has a rich aroma with hints of chocolate, caramel, roasted nuts, and raisins. The taste is soft and sweet with hints of spices and nut cake.

The Rise In Popularity Of Canadian Whiskey- What You Should Know

When it comes to Canadian Whiskey, there are a lot of different options out there.

And, with so many choices, it can be hard to know which one is the right fit for you. That’s why we’ve put together a list of the five best Canadian whiskeys so that you can decide for yourself.

Crown Royal is one of the top and best Canadian whiskeys. It is made with a blend of 50 different whiskies, giving it a complex and smooth flavor. Crown Royal is perfect for sipping or mixing in a cocktail.

Crown Royal also has a perfect price point. It is affordable without being too cheap. This makes it an excellent option for those who want to enjoy quality Canadian whiskey without spending too much money.

Crown Royal is widely available, making it easy to find. It can be found in most liquor stores and many supermarkets. This makes it convenient for those who want to enjoy a glass of Crown Royal without going out of their way to find it.

Overall, Crown Royal is a great Canadian whiskey. It has a smooth flavor, a reasonable price point, and is widely available.

Canadian Club is one of the tops and best Canadian Whiskey. Hiram Walker & Sons Ltd. in Windsor, Ontario makes it. Canadian Club is a smooth, light-bodied whiskey. It has a light amber color and a slightly sweet taste.

The Whiskey is aged in oak barrels for at least three years.

Crown Royal has a deep amber color and a smooth, rich flavor. It is one of the most popular Canadian whiskeys.

Wisers is a Canadian whiskey that the Corby Spirit and Wine Company make. It is one of the most popular Canadian whiskeys. It is made from corn, rye, and wheat. It has a light amber color and a sweet taste.

J.P. Wiser’s is one of the top Canadian whiskies for a few reasons. First, it has a great flavor. The Whiskey is aged in oak barrels, which gives it a smooth, rich flavor. It also has a high alcohol content, which makes it perfect for sipping on a cold winter night.

Second, J.P. Wiser’s is a very affordable Canadian whisky. It is priced competitively with other whiskies on the market, making it an excellent value for your money.

Third, J.P. Wiser’s has a long history. It was first produced in 1857, making it one of the oldest Canadian whiskies still in production today. This history gives the Whisky a sense of authenticity you can’t find with other brands.

What is the most popular Whisky in Canada?

There are many different types of Canadian Whisky, but the most popular type is rye whisky. Rye whisky is made with rye grain and has a robust and spicy flavor. Canadian Whisky is typically lighter and smoother than other types, making it a popular choice for mixed drinks and cocktails.

Canadian Whisky’s most popular brands include Crown Royal, Canadian Club, and Wiser’s. These brands are all widely available and offer a variety of styles to choose from.

Whether you’re looking for a smooth sipping whisky or a bolder option for mixing, Canadian Whisky is a great choice. You’re sure to find the perfect bottle with many different brands and styles for your taste.

What is an excellent Canadian sipping whiskey?

There are many different types of Canadian Whiskey, but some of the best for sipping are Crown Royal, Black Velvet, and Canadian Club.

Crown Royal is a smooth and mellow whiskey with a slight sweetness. It is made with a blend of 50 different grains, including corn, rye, wheat, and barley.

Black Velvet is a Canadian whiskey that is known for its smooth taste. It is made with a blend of corn, rye, and wheat.

Canadian Club is a Canadian whiskey that has a strong flavor. It is made with 100% rye grain.

Crown Royal is one of the most popular Canadian whiskeys. It is made with a blend of 50 different whiskies. Crown Royal has a smooth taste with a hint of sweetness. It is a popular choice for mixed drinks and cocktails.

Some people say that Crown Royal is the best Canadian Whiskey. Others say that other whiskies are just as good or even better.

Some other famous Canadian whiskies include Black Velvet, Canadian Club, and Seagram’s 7 Crown.

So, it depends on what you’re looking for in a whiskey.

Crown Royal may be your best choice if you want a smooth, sweet whiskey. But if you’re looking for something with a more complex flavor, you may want to try one of the other famous Canadian whiskies.

There are many types of Whiskey, and Canada produces some of the best. Canadian Whiskey is made from various grains, including rye, corn, and wheat. This gives it a unique flavor that is different from other whiskeys.

Overall, Canadian Whiskey is a high-quality spirit that has a unique flavor. It is made from a blend of different grains and then aged in oak barrels. This gives it a smooth taste that is perfect for sipping.

Is Crown Royal a top-shelf whiskey?

Crown Royal is a top-shelf Canadian whiskey. It is made with a blend of 50 different whiskeys. The resulting Whiskey is smooth and has a complex flavor. Crown Royal is aged for at least three years in oak barrels.

Crown Royal is one of the best-selling Canadian whiskeys. It is widely available and reasonably priced. Crown Royal is a good choice for both beginners and experienced whiskey drinkers. 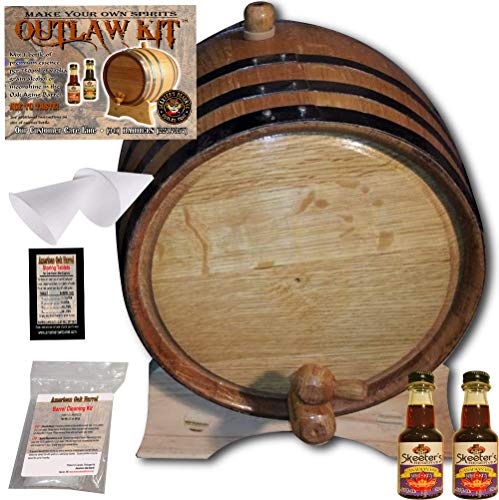 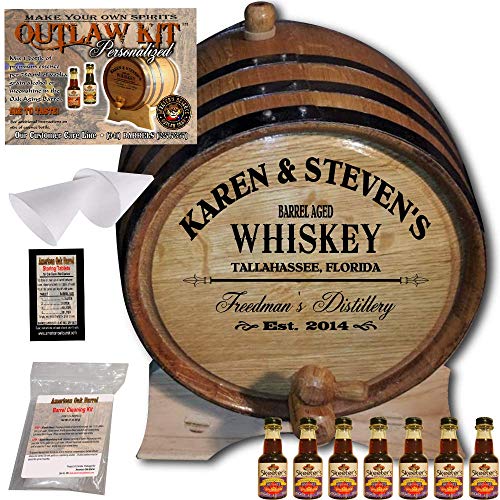 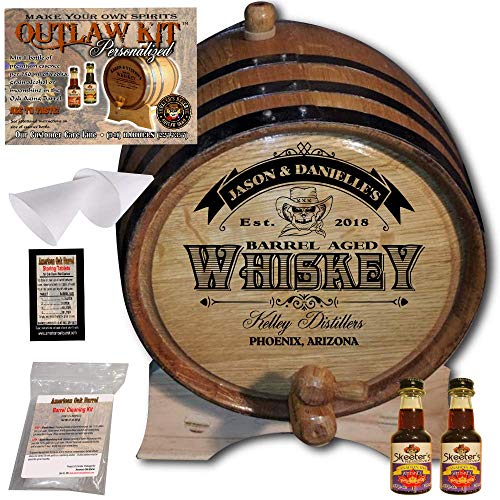 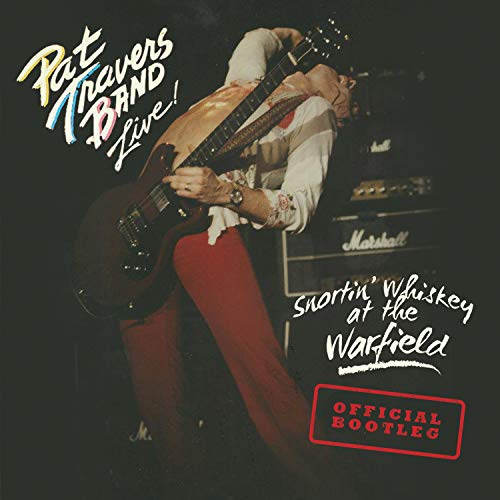 Snortin' Whiskey At The Warfield (Vinyl) 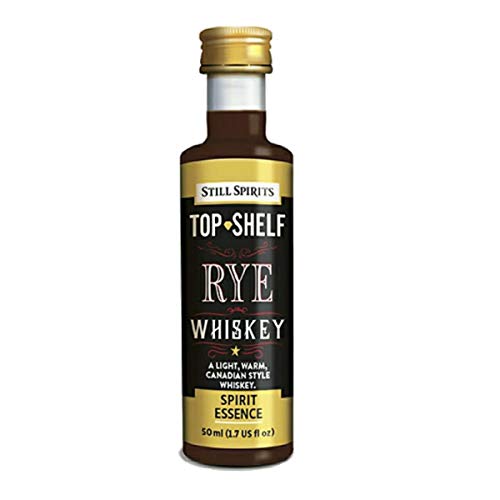 out of stock
Buy on Amazon.ca
Amazon.ca 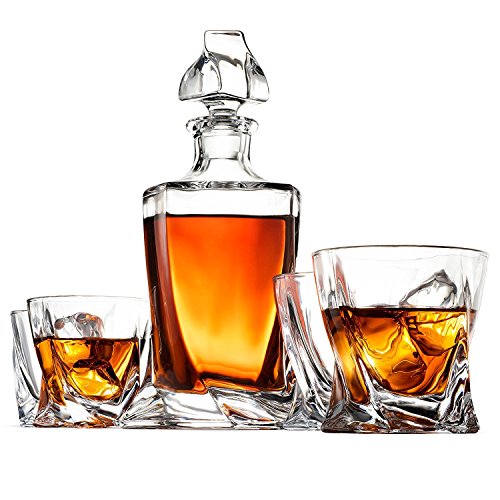 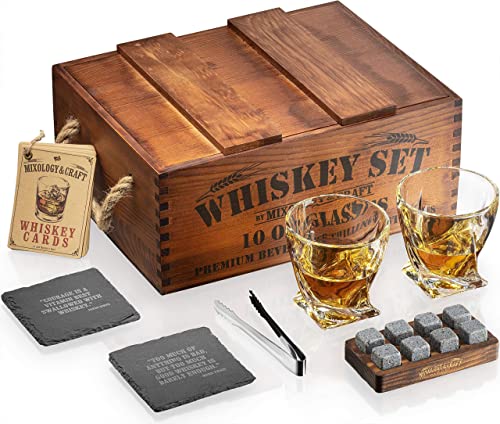 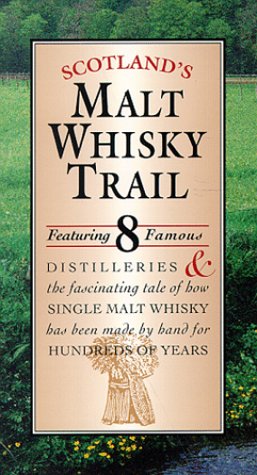 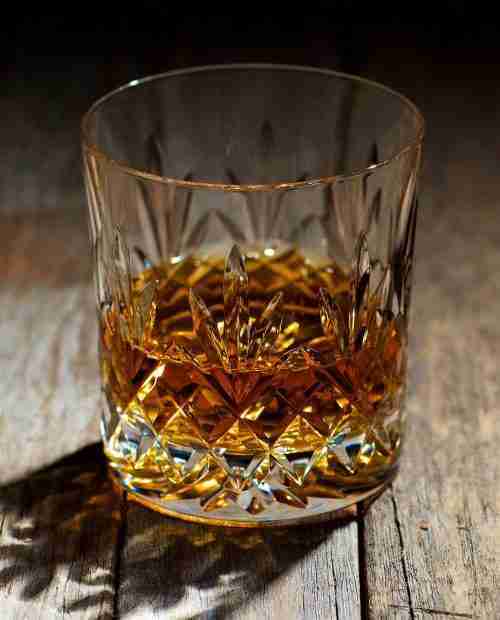