Not even natural disasters or the prohibition compromised their work.

The first warehouse on the site was built in 1811 and used to store various goods, including whiskey, to distill, and a more up-to-date distillery was built in 1858.

It wasn’t until Col. Edmund Haynes Taylor Jr. in 1870 that the distillery was named O.F.C. The Colonel believed it was the finest whiskey produced in old-fashioned wood-fired copper stills.

Two of the warehouses built-in 1881 are still standing today, as is the distillery built in 1883.

As a testimony to their dedication to innovation, the steam heating system built in 1886 was the first distillery to use steam to heat, and it is still in use today. The O.F.C. Distillery was one of only four to produce whiskey during prohibition.

Buffalo Trace Distillery’s history continues with new ideas and expansions but with its fair share of setbacks like floods and fire caused by lightning. Many brands have been named after the legendary people who impacted whiskey.

All three are straight bourbons. The exact mash bill isn’t stated, but to be branded as a bourbon, it must be produced in the U.S., with a mash bill of at least 51% corn and aged in new charred oak barrels.

We would guess that they contain rye and barley too. Each is 45% A.B.V. The bourbons are also made from non-GMO ingredients and are also organic and the first distiller to make Kosher whiskey.

This bourbon has been aged for ten years. It’s a rich chestnut color that you can appreciate with the simple bottle design.

On the nose, you will notice corn, honey, and caramel. There is an element of vanilla too.

If you swirl the whiskey in your glass, you get a woodier smell and a nice touch of mint.

It’s not a heavy smell but has enough complexity to keep you intrigued.

We can taste the oak first and perhaps a bit of spice and mint. We could taste honey and even a little coffee too.

Though very subtle, the orange and chocolate flavors that excited the taste buds were present.

Sporadic is an excellent way to describe this, with only 299 bottles being made in 2019. The crystal decanter the bourbon comes with is stunning, with an eagle inside and another on top of the stopper.

Even the box has a light inside when you slide the doors open. It has been aged for 20 years.

There is a nice amount of brown sugar and tobacco on the nose, along with hints of peach and vanilla.

The peach follows through in the first sip, but it is balanced with vanilla and toasted ok with just enough caramel. For the finish, you notice some spice and pepper.

If the Double Eagle Very Rare price tag is steep, you might want to look at the less expensive straight bourbon that has been aged for at least 17 years. It has a deep mahogany color. The smell is another complex one and makes you want to learn more.

The aged oak is apparent, but you will also notice baking spices, dark fruits, and a touch of brown sugar and vanilla.

There is a robust oaky flavor, cinnamon, and just enough rye spice on the palate.

This is followed by leather and tobacco, leaving you with a similar finish with perhaps a bit of toffee and spice.

It’s incredible how the distillery has aged bourbon for 18 years, does not have an overpowering oaky flavor, and is very well-rounded. 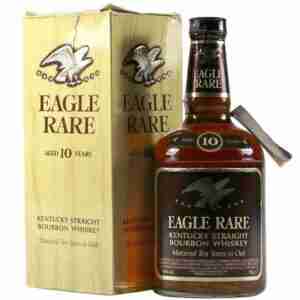 The Buffalo Trace Distillery has been winning numerous awards since the early 2000s. The Eagle Rare collection has won the following awards most recently:

How Should You Drink Eagle Rare Bourbon?

Considering the Double Eagle Very Rare Bourbon is so rare, it would almost be a crime to drink it in any way other than straight. Some people won’t even open the bottle as a collector’s item. If you prefer your whiskey with ice or a splash of water, you could try the Eagle Rare-17-Year-Old. The Eagle Rare is good for neat, on-the-rocks, water, club soda, or ginger ale. Here are a couple of cocktail ideas for the Eagle Rare.

You want to use a short glass or rock glass for this cocktail. First, add the Eagle Rare Bourbon, the syrup, and the bitters. Stir the ingredients well, add some ice and stir again. Add your orange twist to the rim of the glass.

Add all of the ingredients into a cocktail shaker with ice. Shake very well and then strain into a martini glass.

You can squeeze orange and use the peel for decoration.

Eagle Rare Bourbon is a bourbon that is made in the United States. The bourbon gets its name from the eagle on the front label, which was inspired by the Bald Eagle, the national bird of the United States. It is made with a mash bill of at least 51% corn and is aged for a minimum of two years in new, charred oak barrels.

Eagle Rare was first introduced in 1975 and was created by Charles W. Beam, the great-grandson of James B. Beam, the founder of the Jim Beam distillery. The bourbon was initially produced at the Buffalo Trace distillery, which is located in Frankfort, Kentucky.

Eagle Rare is an amber color and is full-bodied with a sweet taste. The aroma of the bourbon has hints of vanilla and caramel.

The History of Eagle Rare Bourbon

Eagle Rare Bourbon has a long and storied history. The brand was first established in Kentucky in the early 1800s. The original distillery was located in Frankfort, Kentucky, and the bourbon was produced there until the late 1970s. The distillery was then moved to Louisville, Kentucky, where it remains.

Eagle Rare Bourbon is made using a traditional sour mash process and is aged for a minimum of ten years in new, charred oak barrels. This lengthy aging process produces a deep amber color and a rich, full-bodied flavor.

Today, Eagle Rare Bourbon is produced by the Sazerac Company and is available in limited quantities. It is one of the most sought-after bourbons on the market and has won numerous awards.

If you’re lucky enough to find a bottle of Eagle Rare Bourbon, enjoy it neat or on the rocks. It’s a unique and special bourbon that will please any whiskey lover.

Eagle Rare Bourbon is produced in Kentucky, United States. The mash bill for Eagle Rare is at least 51% corn, with the rest of the grain bill being rye and barley.

Once the grain mixture has been cooked and fermented, it is then distilled in small batches and aged for at least ten years in new American oak barrels.

Eagle Rare is one of the few bourbons still made in the traditional way, and it shows in the quality of the finished product.

The result is a smooth and complex bourbon with vanilla, toffee, and oak notes. Eagle Rare is definitely worth trying if you’re looking for a bourbon that is both delicious and unique.

The Taste of Eagle Rare Bourbon

Eagle Rare Bourbon has a unique taste that distinguishes it from other bourbons. It has a smooth, sweet flavor with a hint of vanilla and oak.

The bourbon is aged for ten years in charred white oak barrels, which gives it a rich, full-bodied flavor. Eagle Rare is a great sipping whiskey and makes an excellent addition to any home bar.

Where to Buy Eagle Rare Bourbon

-Search online: If your local liquor store doesn’t have Eagle Rare in stock, you can search for it online. Many retailers sell bourbon online, so you should be able to find a bottle of Eagle Rare with a little bit of searching.

-Ask around: Sometimes, the best way to find something is to ask around. Talk to your friends and see if anyone knows where you can find a bottle of Eagle Rare bourbon.

Is Eagle Rare worth it?

Eagle Rare is a high-quality bourbon that is definitely worth the price. It has a smooth, rich flavor that is perfect for sipping neat or on the rocks. Eagle Rare is a great option if you’re looking for a luxurious bourbon to add to your collection.

Why is Eagle Rare so good?

Eagle Rare is a great bourbon for several reasons. First, it’s made with high-quality ingredients. The distillers use only the finest corn, rye, and barley to make the bourbon. This results in a smooth, well-rounded flavor perfect for sipping neat or on the rocks.

Second, Eagle Rare is aged for a minimum of 10 years. This lengthy aging process allows the bourbon to develop complex flavors and aromas that are simply unparalleled.

Finally, Eagle Rare is bottled at 90 proof, which is the perfect strength for enjoying the full flavor of the bourbon without being overwhelmed by the alcohol content.

So, there you have it! Eagle Rare is worth checking out if you’re looking for a high-quality, well-aged bourbon to add to your collection! Three reasons Eagle Rare is one of the best bourbons on the market.

Is Eagle Rare a smooth bourbon?

Eagle Rare bourbon is one of the smoothest bourbons on the market. It is perfect for sipping neat or on the rocks. This bourbon has a complex flavor profile that includes vanilla, oak, and caramel notes. Eagle Rare is an excellent choice for anyone looking for a high-quality, smooth bourbon.

What is comparable to Eagle Rare?

Eagle Rare is a unique bourbon that is hard to compare to other brands. Some say it is similar to Buffalo Trace, while others say it is more like a single malt scotch. No matter what you compare it to, Eagle Rare is a delicious bourbon perfect for any occasion.

How much should I pay for a bottle of Eagle Rare?

When it comes to bourbon, there are a lot of different factors that go into pricing. First and foremost, the proof of the bourbon will significantly impact the price.

The higher the evidence, the higher the price is likely to be. Additionally, the bourbon age will also play a role in pricing. Generally speaking, the older the bourbon, the more expensive it is. Finally, small-batch bourbons will be more costly than mass-produced bourbons.

So, with all of that being said, how much should you pay for a bottle of Eagle Rare? Well, that depends on what you’re looking for.

If you’re looking for a decent bottle of bourbon to drink, you can probably find a bottle of Eagle Rare for around $50.

However, if you’re looking for a high-quality bottle of bourbon, you could be looking at a price tag of $100 or more. Ultimately, it all comes down to your personal preferences and budget.

Is Eagle Rare the same as Buffalo Trace?

How do you drink Eagle Rare Bourbon?

There are a few different ways that you can drink Eagle Rare Bourbon. You can drink it neat, on the rocks, or with a mixer.

If you are drinking it incredibly, you should pour it into a glass and smell it before taking a sip. When you take a sip, let the bourbon sit on your tongue before swallowing.

If drinking it on the rocks, you should put one or two ice cubes in your glass and pour the bourbon over them.

Eagle Rare Bourbon is an excellent option for high-quality, affordable bourbon. It has a complex flavor profile that will please even the most discerning bourbon drinker, and it’s versatile enough to be enjoyed neat, on the rocks, or in a cocktail.

Eagle Rare is worth checking out if you’re looking for a new bourbon to add to your collection. 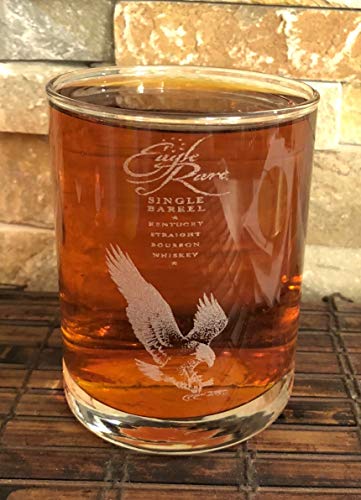 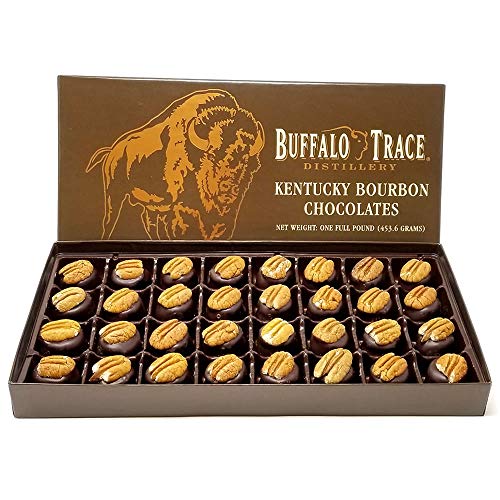 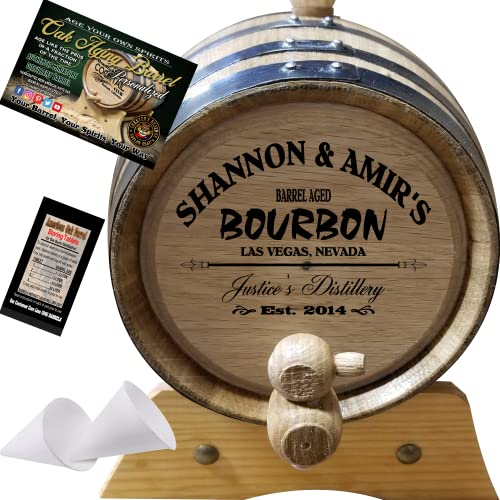 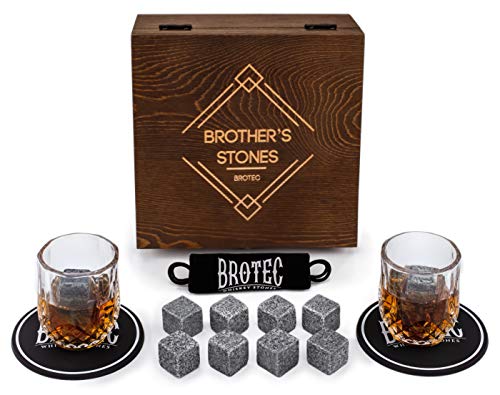 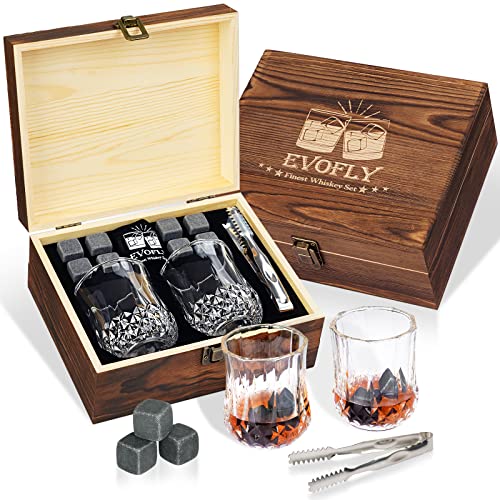 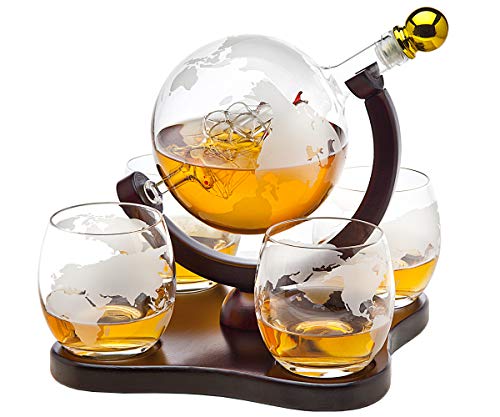 Buy on Amazon.com
Amazon.com
previous1792 Bourbon Review – The Heart of Bourbon Country in Kentucky!
next5 Top And Best Canadian Whiskey 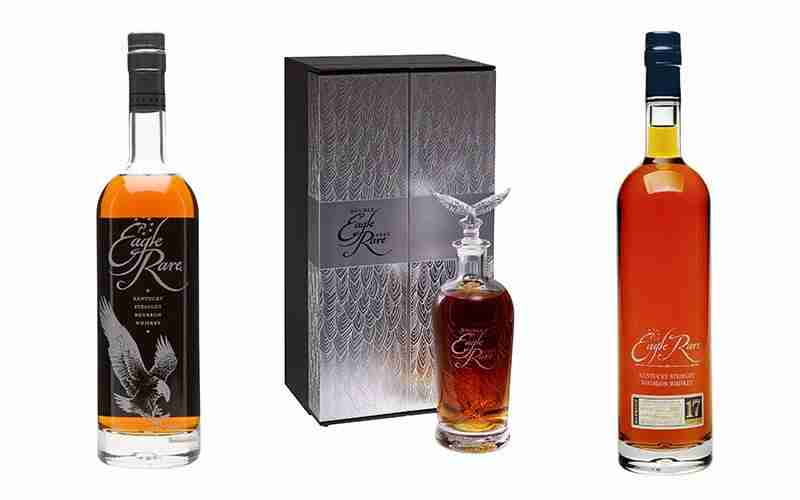